A man has been arrested for allegedly raping a 36-year-old woman twice while wielding improvised gun in Anambra State.

The crime was committed on Friday at Okpuno, The suspect, a 28-year-old Emeka Okeke was said to have returned from Awka Correctional center recently for alleged manslaughter. 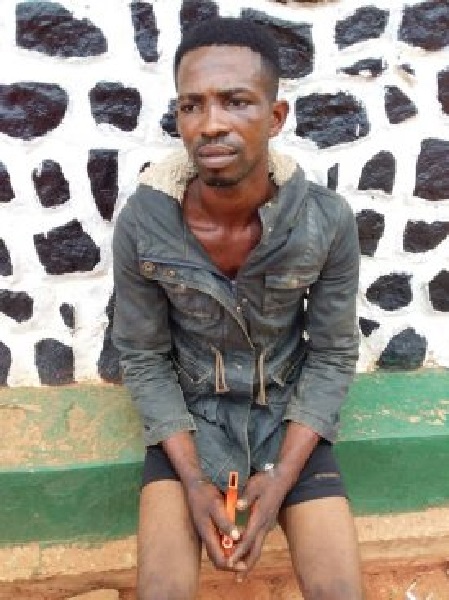 “On the 7/5/2020 a 36 year old woman resident at UNIZIK temp-site Awka, reported at B Division Awka that at about 9:pm of 6/5/2020, while departing with her friend at Okochi Okpuno, a man later identified as Emeka Okeke ‘m’ aged 28 years alias “Aso Rock” followed her closely, raised his shirt to show her a ‘gun’ tucked in his waist, and threatened to shoot her dead if she did not submit herself to his sexual demand for Carnal knowledge.

Consequently the frightened victim, believing it was a real gun, and under the fear of being shot dead, followed him to a building in Okochi where he forcefully had unlawful carnal knowledge of her.

Again while being led out of the scene, the suspect forcefully led her to the premises of Community Primary School Okpuno, where he had another rounds of carnal knowledge with the victim.

Following the report, the suspect was trailed and arrested by police detectives in conjunction with vigilante group attached to Opuno Community.

Search was conducted on the suspect instantly and the handle of a cutting hand saw, semblance of a shotgun, which he concealed underneath his shirt, was recovered as exhibit. 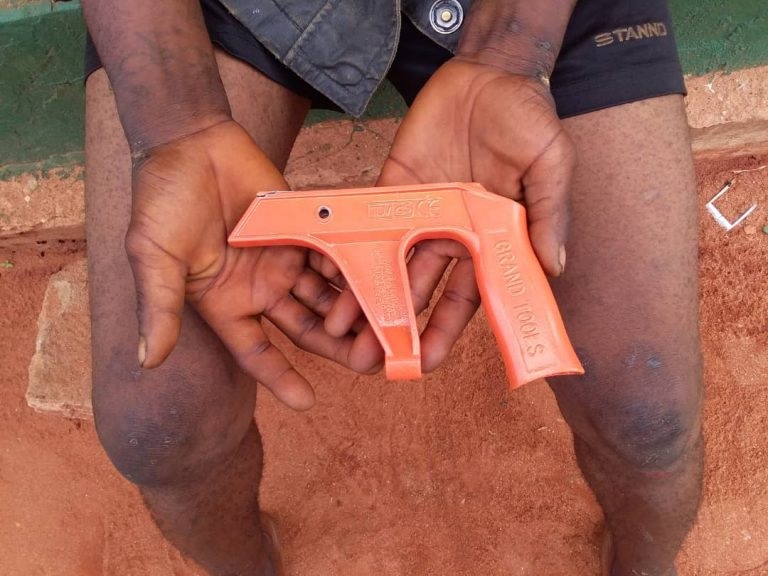 Meanwhile, victim was taken to the hospital for medical Examination and presently receiving treatment. The suspect is also a notorious offender who recently returned from the correctional centre Awka over alleged case of manslaughter.”

A 22-year-old pregnant woman identified as Veronica Boniface, has been arrested by operatives of the Nasarawa State command of the Nigerian Security and Civil Defense Corps, NSCDC, for allegedly stabbing her husband to death. 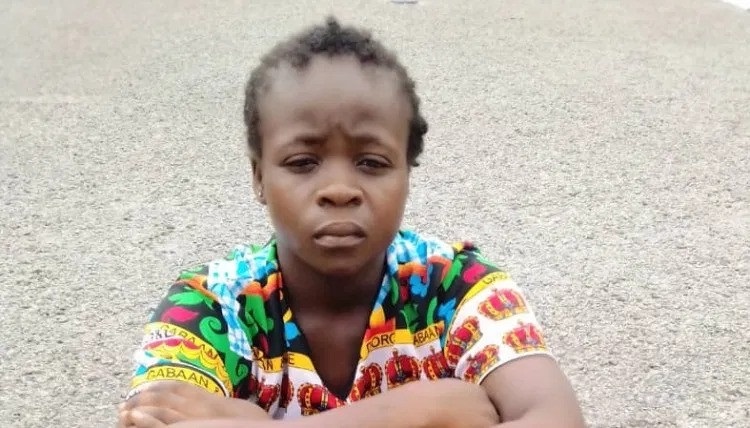 According to to reports, the lady perpetrated the act after suspecting he received a call from a lady she presumed to be his girlfriend.

Parading the suspect at the command headquarters in Lafia, the NSCDC state commandant, Habu Fari, said the woman was arrested in Obene town of Keana Local Government Area of the state, after an intelligence report.

“The husband was rushed to the hospital after she stabbed him with a knife when they quarrelled over a phone call she was suspecting that it was a lady that called him. We found out that she has a two-and-a-half-year-old baby and now in the hands of the relations of the husband, Late Mohammed”