Ato Mnena Anita —the owner of a pastry shop in Makurdi, Benue State— whose arrest caused a stir on social media, has spoken up after she was detained and charged to court over the misunderstanding she had with a customer, who is an EFCC staff. 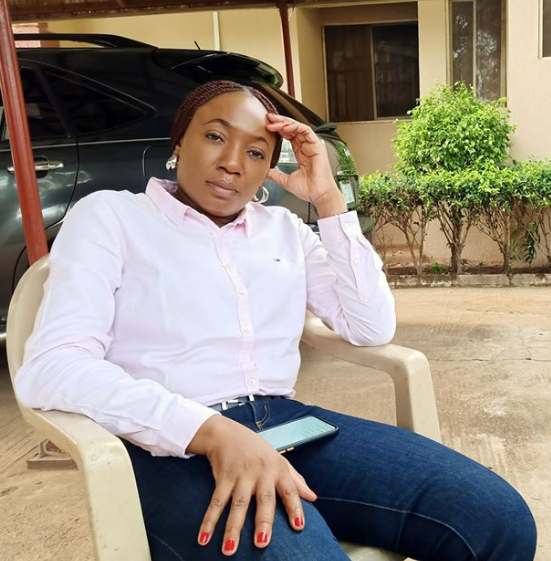 Mnena shared how she was picked up at her business place, Star Shawarma on Kashim Ibrahim Road Makurdi, the Benue State capital, on May 6, 2020.

She explained that the misunderstanding began after her accountant called to complain that the transfer of N1,500 made by a customer who happens to be a staff of the EFCC for the delivery of Parfait Yorghourt was not received.

Unknown to them, the EFCC staff had made a transfer of 1,600 Naira but they were expecting 1,500 Naira from her and thought the payment of 1,600 Naira was from another customer.

When they eventually discovered the error, they called the EFCC staff to apologize. However, according to Mnena, she was told at the EFCC Makurdi Zonal office that the calls embarrassed their staff and is very bad to her image.

Speaking to Benue state activist, Ukan Kurugh, Mnena explained that on 9th April, 2020, a staff of the EFCC Zonal office in Makurdi ordered for Parfait Yorghourt.

April ended and came May. On 6th May, 2020, Mnena was called to her spot that her attention was needed to verify the problem of One Thousand Five Hundred Naira transfer. Upon getting there, she was told that the transfer was done on 9th April; that a lady (customer) ordered for Parfait Yoghourt, sold for 1.5k and it was charged 1.6k -100 delivery fee.

“All along they were expecting a transfer of 1.5k and not 1.6k. It looks the customer was familiar with the person who did the delivery and the person who made it. And so they kept reminding her about the transaction.

“The customer called the accountant two days ago that she made the transfer and they are saying they have not seen the money? The accountant said he will verify. Meanwhile, the product was delivered on that 9th April.

“Meanwhile, my accountant had brought to my notice that a customer has been calling on 1.6k transfer. I told them to call Stanbic IBTC, our bankers to confirm. Stanbic said there was no transaction. We decided to check our Access Bank account and Access confirmed the transaction. I was briefed and I said we needed to call the customer and apologize.

“The accountant was jittery that he has been threatened of arrest and I opted to call myself. I called the customer with my number. She did not pick. The accountant called immediately and she picked. I collected the phone and pleaded with her that there was a mix up of 1.5k and 1.6k and I apologized for the error. But she insisted that the accountant must report to EFCC office. I asked her why and she said I had no right to ask why the accountant would have to report to their office and that when they come for us we will know.

“I said okay, we have apologized and don’t know what else to do. Barely 10 minutes later I saw over 10 armed men in a bus. I was seated there. None of them spoke to me. They only said they were shutting down the place. At that point, I told them that we are learned persons and should act as such. They came without saying good afternoon, which I think is not the proper thing to do. At that point, they identified themselves. When I asked for warrant of arrest one of the officers asked me why dare I asked for warrant of arrest? But I thought it was the right thing to do when going for arrest. 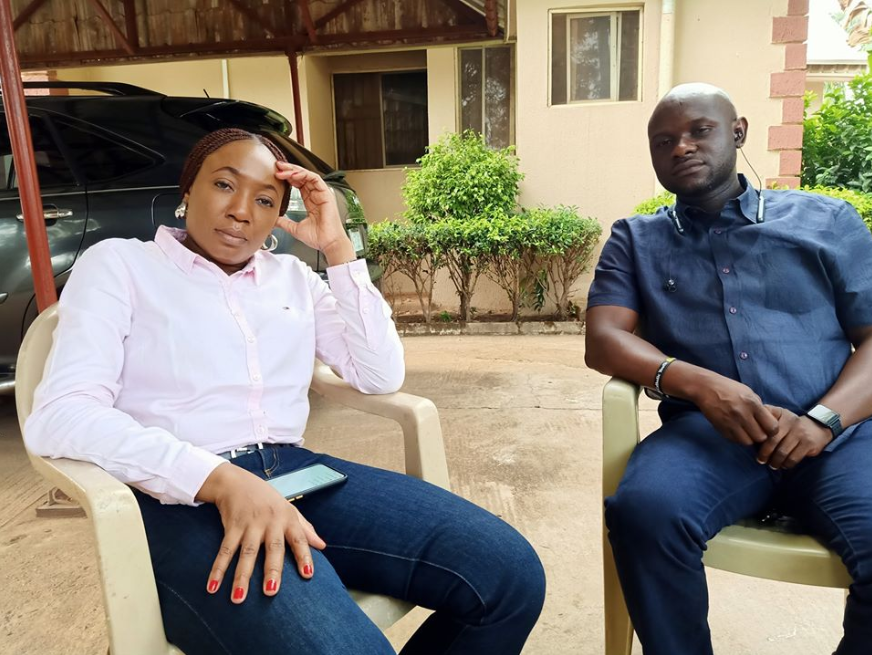 “So, we left for EFCC office. This was about 3pm to 3:30pm; we were taken straight to the Zonal head office; myself, my manager and another staff. The zonal head asked for explanation. My manager first spoke, then I spoke because the other staff was not in the know when I called to apologize.

“In the course of my explanation, I told him (the Zonal head) that we were afraid of reporting to their office because we were threatened. He then asked if I was trying to insinuate that she (the customer) is trying to use her office to intimidate us? He went on that I was stupid if I am thinking in that line and it was an insult to the EFCC. He repeated same thing and said I should be detained for that. He said what we did was very bad: That we embarrassed their staff by calling her to claim we hadn’t got an alert which is very bad to her image. There and then, I apologized again, that I was deeply sorry if my explanation angered him.

Mnena said she reported at the EFCC Makurdi Zonal office on the morning of May 7 and she was interrogated, among other things. She was also asked why the news made it to social media.

“I told them that yesterday I did not have access to my phone (after the arrest) and my people because I went home late; I had severe Migraines and went to bed. This morning I wake up late and rushed there without phone. So it couldn’t have been me posting things on social media.

“They seized my phone yesterday and I had to wear bathroom slippers and was kept in one cockroach-infested room even with my asthmatic condition.”

Mnena adds that she did not know the customer involved personally.

“All along, we kept talking about a customer’s transaction. I didn’t know if it was a guy or a lady until I called to apologize.”

Mnena says her ordeal is not over. She has been told to expect a call from the anti-graft agency should the need arise. Also, her manager has been asked to report back on Monday for further interrogation.

Mnena, who was charged with attempted fraud following the incident, said: “I feel so very bad, more so, that I have never had any criminal case against me; no not attempted fraud.”