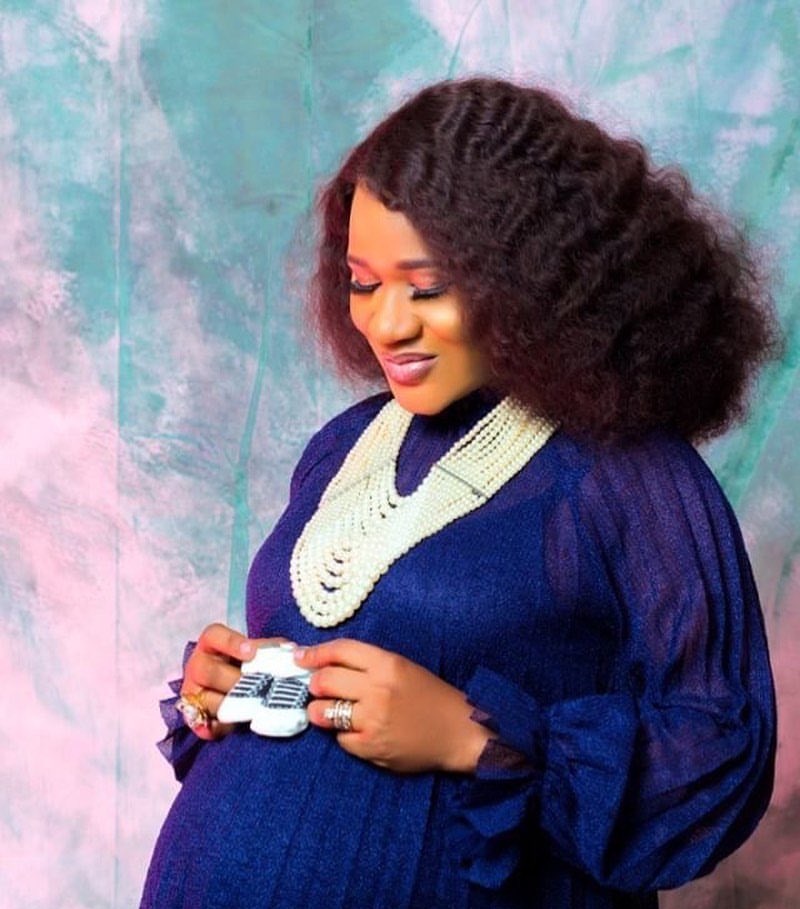 The couple who welcomed a son in 2018, announced the arrival of their baby girl this afternoon — this will be Sunmbo’s fourth child and Pastor Adeoye’s second child. 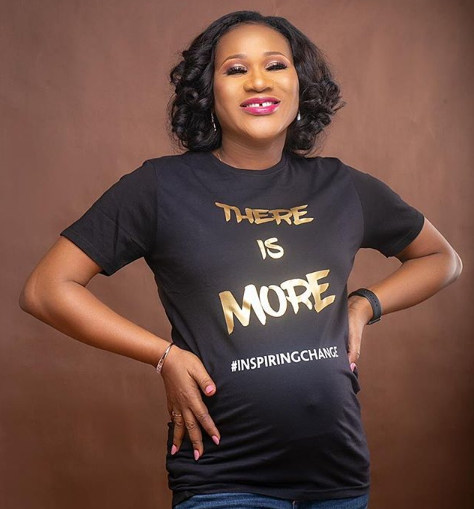 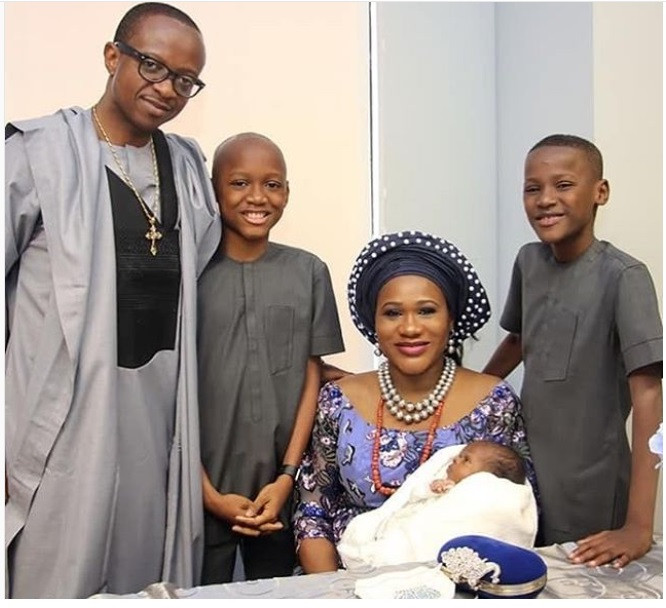 When Sunmbo Adeoye had her first son for her husband, Pastor Adeoye sometime in 2018, they had their son’s christening ceremony in the United states.

During the christening, Sunmbo revealed the circumstances that led to the birth of her son, David. She said at the time,

“What I carry in my hand is a miracle from God. We went through so much but to God be the glory, David is here. I can’t count the number of losses.

“I have been pregnant every year since I got married. Finally David is here. He came when I was like I don’t want to keep taking babies from my womb.

“I am tired. That was when God decided to say Okay, I am taking over the wheel and God just gave me this one” 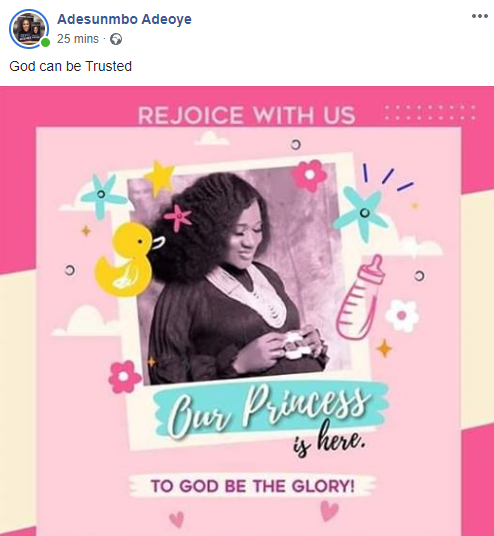 Here’s how they announced the birth of their newborn baby, 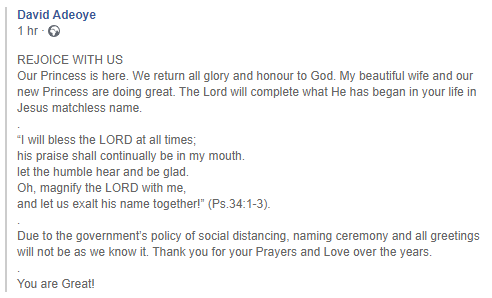