These days, it’s become commonplace for some social media users to beckon on their favourite celebrity to indulge in “online giveaways” — a request that can be prompted if said celebrity makes social media update.

With people hitting the update with responses like “Oga, do giveaway now”, “Bless your fans”, shower your blessings and so on.

Some of these celebrities actually revert and “bless” some of them but when a fan tried to stylishly ask veteran thespian, Omotola Jalade-Ekeinde to partake in such, the actress also “stylishly” declined the offer. 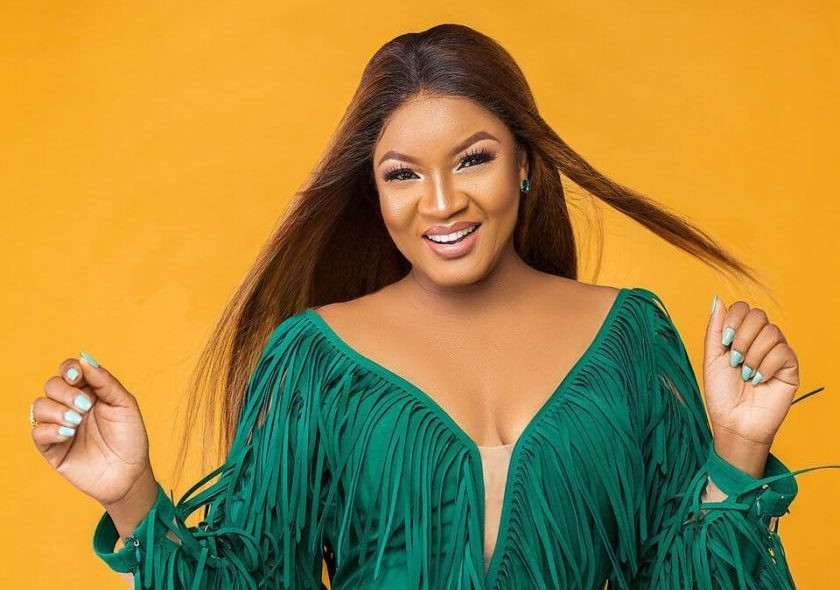 Omotola had a chat session with her followers on microblogging platform, Twitter earlier and one of her followers thought it an opportunity to ask for “palliatives” from the actress.

Omotola certainly wasn’t digging the follower’s vibe and so she quickly shut him down before the intensity of the vibration increases and extends to other people.

Here’s how the actress responded to the follower below, 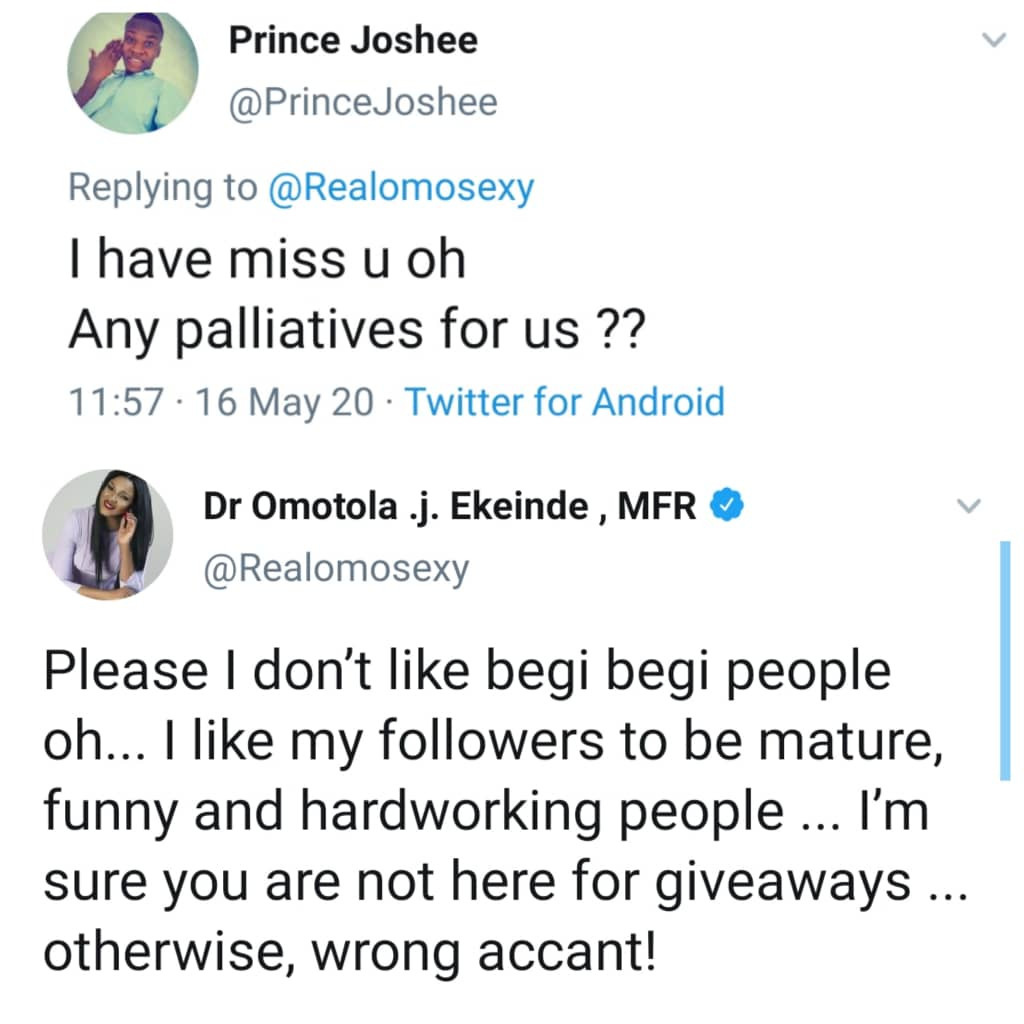