The Police Command in Plateau State have apprehended the gunmen who reportedly killed a University of Jos lecturer, one Dr Nendi Drengkat. 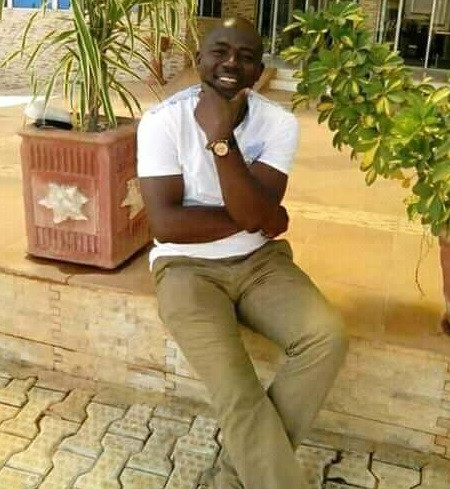 The gunmen had attacked the University of Jos Staff Quarters on Friday night, shot dead Dr. Drengkat and kidnapped his 6-year-old daughter, Joanna Drenkat — then then called the family asking for N10 million ransom.

The state’s commissioner of police, Edward Chuka Egbuka who disclosed this on Sunday while parading the suspect at the state police command, also said the daughter of the killed lecturer and one other person were rescued during a gun duel with the kidnappers on the hills of Babale of Jos North Local Government Area of Plateau.

“On 16/5/2020 at about 0030hrs, the Command received a distress call at road 6 University Senior staff quarters Jos where some hoodlums entered the house of one Dr. Nandi Drenkat ‘m’ a lecturer with the University of Jos where he was shot and his six years old daughter was kidnapped” the statement reads.

“Immediately the Command received the information, on the same date at about 0530 hours, a combined team of conventional police men, mobile men, operatives from anti kidnapping unit, vigilante group and hunters were deployed to the hilly areas where the kidnapped victim was suspected to have been kept, scene was thoroughly combed and in the process, the kidnappers were sighted on the hill and there was a gun duel between the operatives and the kidnappers.

In the process one of the kidnappers name Ali Mohammed ‘m’ of Narabi was shot on his right leg and was arrested with one AK 47 rifle with breach Number 1984/AP 0240, 29 rounds of live ammunition was also recovered from him. A kidnapped victim name Chiboze Joseph ‘m’ was rescued unhurt while other bandits fled with blood injuries. On interrogation, the suspect confessed to the crime. Case under investigation and will be charged to court as soon as possible.

“Furtherance to the incident above, the teams of operatives were relentless and at about 1600 hours they extended their search for the last kidnapped victim to Babale mountain, Jos north LGA and on sighting the combined teams,the hoodlums opened fire on them, the teams overpowered the hoodlums which led to the rescue of the kidnapped victim Joanna Drenkat ‘f’six years old unhurt. Manhunt for the fleeing suspect continues”

The Commissioner of Police is soliciting for useful information from members of the public to aid in the arrest of the fleeing suspects.