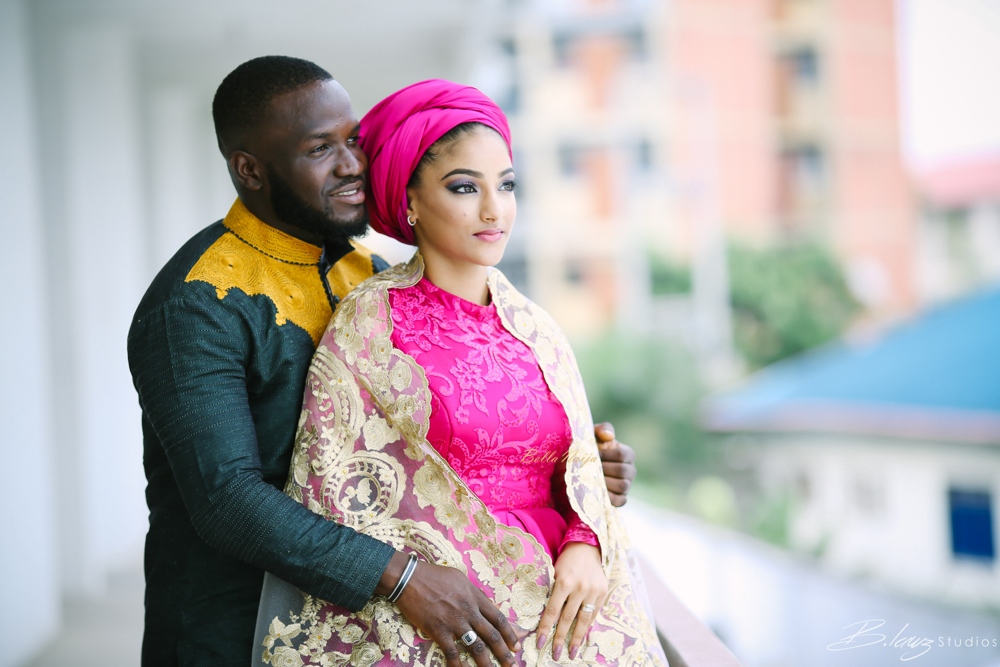 However, it’s some actions taken by the husband and wife on their social media pages that led to the investigation of their marriage by an Instagram blog who ascertains that Sophie —a mother of two— left the marriage sometime last year. 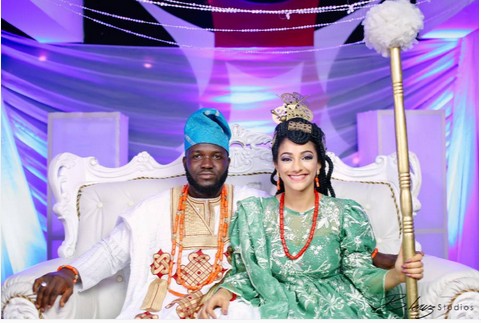 A quick check at her Instagram page shows that she’s deleted all her photos with her husband and family. Sophie who, according to the blog, has neglected her two kids, is now currently living the “baby girl life”. 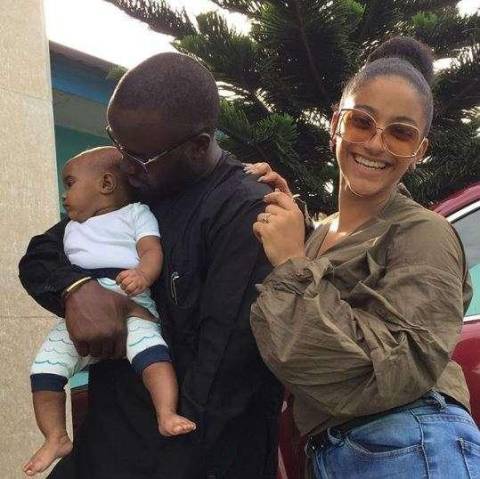 The report by the blog says the actress is enjoying her new lifestyle and has turned down all settlement arranged by the family, and is still using the name ‘Alakija’ because it rings a bell, but has removed the name on her Twitter bio. 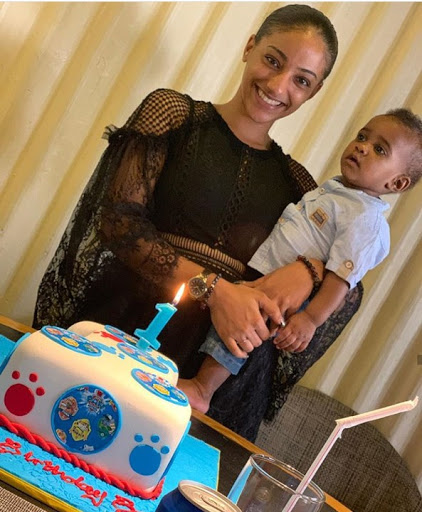 Their story reads in full,

“I have been gathering information on the actress Sophie. The actress left her marriage last year,She left the husband so she can be living her baby girl lifestyle,That’s why she took down all the family pictures and neglected her two kids,she is the number 1 clubs eat in Lagos presently,with her besties Efe Irele, Timini Egbuson(her pimp)and the rest.

A married woman reached out to GLB recently and reported the actress saying “the other night Sophie was texting my man and they were planning a vacation getaway after covid ,tueh, She is so loose,you need to see her in clubs and she is wilding out”

Glb also confirms that last year She went to Dubai twice with the aid of her pimp and her Bestie sugar daddy(Akin Alabi the motivational speaker)who is secretly married to efe irele,the efe in question flaunts that her ring to pepper uncle Alabi house wife.

Sophie in the other hand is enjoying her new lifestyle as she has turned down all settlement arranged by the family,she is still using the name ALAKIJA because it rings a bell,she has actually removed the name on her twitter bio.igi ewedu oni wopa wa o,I come in peace.“ 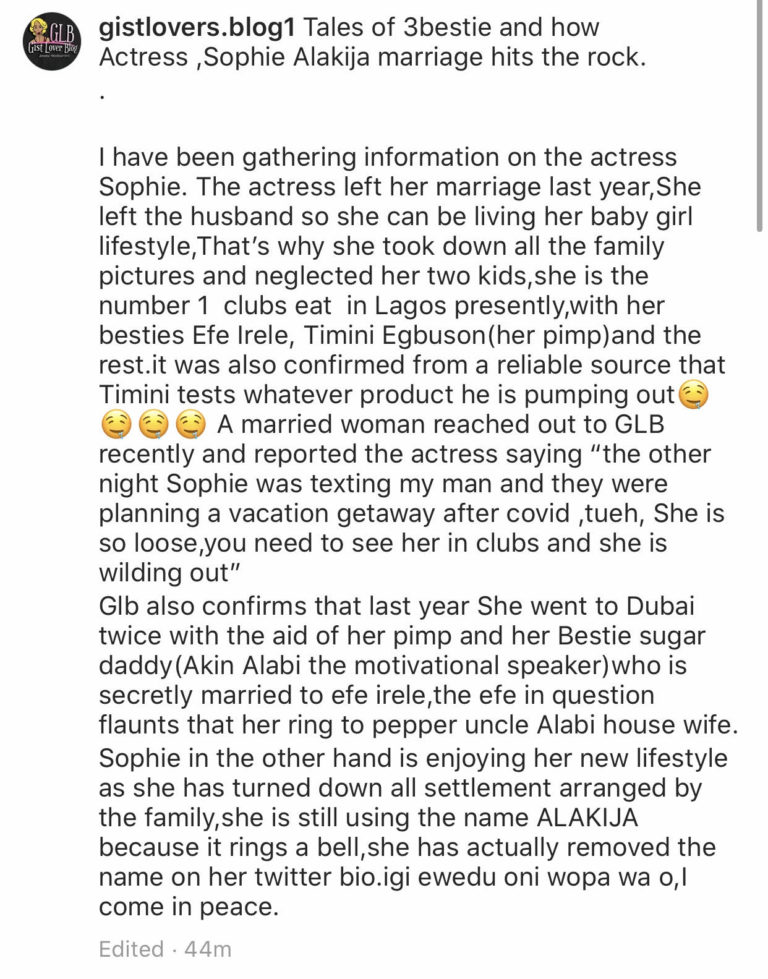 Sophie got married to Wale Alakija back in 2016 and their union produced two children — it should be recalled that sometime in 2018, the actress asked people to stop calling her “Wizkid’s ex” as she is a married woman and also an actress.