A 22-year-old man was allegedly stabbed to death by a private security guard attached to Coca-Cola market, Onitsha, Anambra State.

The security guard identified as one Ibuchi Nwoju, allegedly stabbed 22-year-old man, Cletus Chisom, to death for failing to use his face mask. 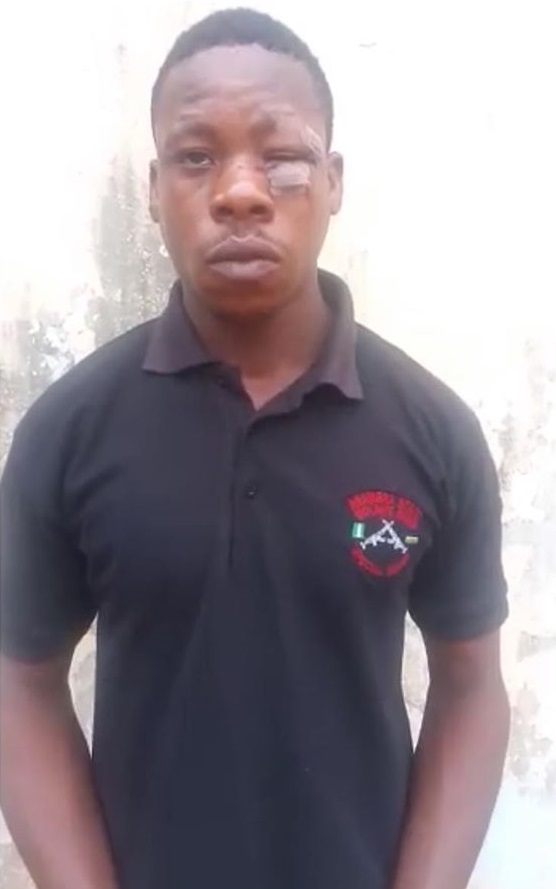 According to reports surrounding the incident, Chisom had an altercation with the security guard at a market over face mask observance before the guard allegedly stabbed him in his chest leading to his instant death.

Confirming the incident to newsmen, spokesperson of the state command, Haruna Mohammed, said the security guard has been arrested while the body of the deceased has been deposited in the morgue.

“Police operatives from Okpoko Division in Onitsha arrested a private security guard attached to Coca-Cola Market Onitsha, one Ibuchi Nwoju, ‘m’, aged 26 years of Asa village, Abia State, but resides in Onitsha Anambra State. Suspect allegedly had an altercation with one Cletus Chisom, ‘m’, aged 22 years of Ekekwe Street Awada, and stabbed him with a knife in his chest.

Consequently, the victim became unconscious and was rushed to Goodnews Hospital Onitsha where he was confirmed dead on arrival by a medical doctor. Corpse was deposited at Toronto Hospital Mortuary for autopsy”

Mohammed also said the state Commissioner of Police, Mr John Abang, has ordered for immediate transfer of the case to State CID Awka for discreet investigation.